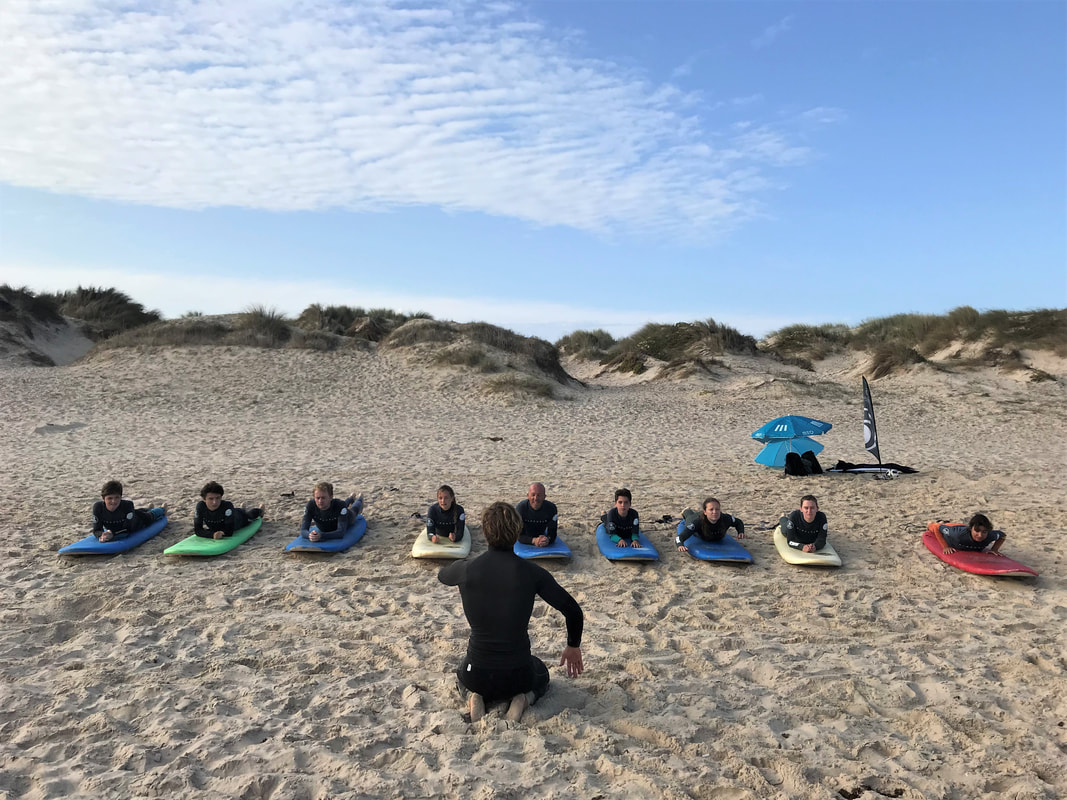 > 1 surf lesson: 35 €
> 2 surf lessons: 65 €
> 5 surf lessons: 145€
> 8 surf lessons: 205 €
> 10 surf lessons: 220 €
> MATERIAL INCLUDED in the price in all surf lesson pack
​The surf classes are given in small groups, next to beginner courses we also offer surf training for advanced surfers.
The surf classes consist of theoretical explanations on the beach and lots of practice in the water.
All teachers are licensed surf instructors and experienced surfers. Being local surfers we know exactly where to go to catch the best waves
of the day. And that´s where we go.
At the time of reservation you should indicate your sex, weight and height for the preparation of equipment, you should also indicate your data for insurance purposes.

Peniche is surrounded by the best beaches for surfing, an area of 5 kms where we have a good variety of good spots that work with different swell directions.
Since 1999, the Rip Curl Pro Portugal, which has the participation of the best surfers in the world, proves that integrates the ASP World Tour, held in Peniche site offering the best conditions to perform surf
competitions. The beaches chosen are names well known among surfers - Lagido / Baleal, and especially Supertubos, famous for
its great waves of tubular shape.